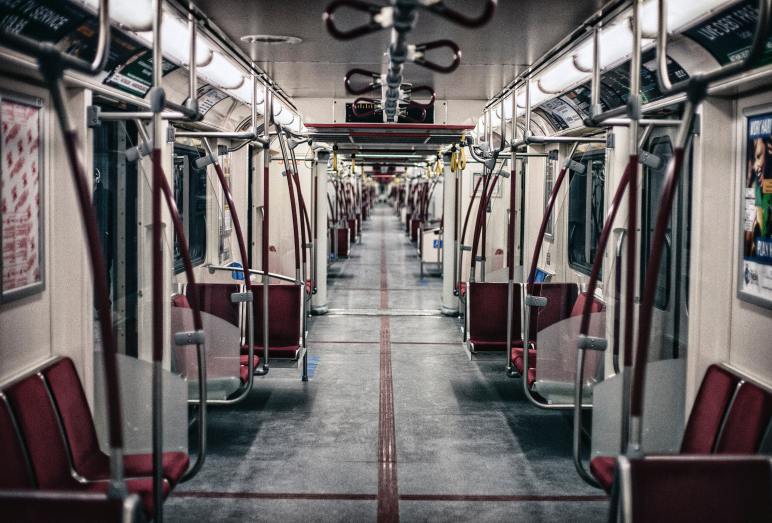 Two years to the day since the publication of Dads Don’t Babysit, my second book, it’s more relevant than ever.

So relevant it’s hard to choose which bits to focus on in particular.

Pondering this I flicked open the latest edition of The New Statesman to browse during a lunch break.

And ‘letter of the week’ gave me all the answers I needed.

A chap called Jim Simmons had written in to explain that having spent the last 10 years spending three hours a day commuting he had no intention of going back to that pattern after experiencing a different way of doing things through lockdown that brought benefits including increased productivity, more family time and a healthier diet.

Two years since publication day, the letter spoke to two key themes of the book. Firstly, why had Jim not changed his way of working before if it was so miserable? The options were there, he could’ve applied for flexible working at any time. Secondly, now that he’s seen the light how do we embed those changes to ensure maximum benefit for all?

Ahead of its time

Dads Don’t Babysit was ahead of its time. That might sound bumptious but it’s self evidently true. My co-author David Freed and I called for men to embrace different ways of working in order to spend more time parenting.

Our reasoning was that equal parenting unlocks benefits for men, women, children and society. It’s all in the book but in short men are happier, healthier and more productive; women are unchained from the parental drag that hampers their career progress and earning potential; children achieve more at school bringing attendant benefits and carry a more gender equal outlook with them into adulthood. And all that adds up to billions on the national GDP. Handy when there’s a helluva a recession about to bite.

Covid has forced a lot of men to work differently. And all that we predicted has come to pass. Not in every household of course. But there’s a growing body of evidence that productivity has held up through the pandemic. (And bear in mind parents were dealing with homeschooling and the fear of global disease in that time. Remove those two shackles and imagine how productivity could soar.)

Many dads, like Jim Simmons, report they’ve enjoyed having more time to commit to their family, and to spend on their own mental and physical wellbeing. As the headline on Jim’s letter put it,  folk like him are ‘Never going back’.

Women won’t just be able to press on with their career because their partner is taking on more of the mental load. They’ll also likely bag more promotions now attention is being focussed on the fact that those that work remotely or part time are more likely to be overlooked for promotion.

In Dads Don’t Babysit we pointed out that in the world as it is men’s voices carry. Sure enough, as long as women were being disadvantaged by working flexibly this was not a priority issue. Now men must work from home and are feeling the same problems, they speak up and it’s getting addressed.

It’s not how these things ought to be solved. But, as long as they are, I’ll take that. (I’m reminded of Julia Gillard’s comment in this podcast – that I produce – that as long as we’re moving in the right direction any amount of compromise is palatable. Of course what made Julia a better leader than the current crop is that she knew what to her was the right direction and consequently she could compromise while weaker leaders U-turn.)

The impact of lockdown upon children will take longer to measure. But it’s likely those with two parents at home offering support to their homeschooling and bolstering their emotional resilience will fare best no matter their economic circumstances. I’m not sure who is going to measure the gendered outlook of the children of coronavirus (Hello academia, I am available to take on this project with a bit of funding and that!) but I’ll bet any amount of pints of English beer that such a study will find a more equal outlook among boys and girls.

So, let’s look at Jim’s issues. Why had he not previously considered and taken up flexible working? The obvious answer is that no-one gifted him a copy of Dads Don’t Babysit when it was published in 2018.

But he also fell into the paternity gap. With only two weeks of statutory paternity leave the state sends a clear message that men are a ‘nice to have’ when it comes to parenting rather than a crucial part of their baby’s first year.

Consequently when mum returns to work it appears to make sense that she continues to shoulder the bulk of the childcare. Anyone who practises something five days a week for nine months will be better at it and more confident in their ability than the person who’s only been doing two days a week at the same task. Combine that with the likelihood that the father is the higher earner at home and you’ve a recipe for a gendered split in the household. (Hello gender pay gap you utter stain on any society that tolerates you. What’s that? Liz Truss sacked off gender pay gap reporting at the first opportunity in the spring even though most companies had done all the research and could publish without it significantly impacting their workload as lockdown began. Uh-huh…)

Jim’s unlikely to know any other dads that work flexibly either. Less than 10% of dads have formal flexible working arrangements. Fewer dads ask for one, those that do are more likely to be refused than a woman making the same ask. Because bosses assume a mother returning from maternity leave will want to alter her work pattern and factor that in to their plans. A man however is expected to work even harder now he’s a family to provide for. That’s a fundamentally sexist outlook. And it means that dads tend to increase their earnings upon parenthood, women suffer the motherhood penalty to their pay packet. *sarcastic voice* Well done everyone.

One could say that Jim hadn’t considered flexible working before because he’s not as smart and forward thinking as me. That’s for others to decide. I think he’s just another victim of a gendered society.

But he’s been woken up.

Thousands if not millions like him have been alerted to the gains of flexible working. It’s notable in his letter that he dwells on the benefits to himself rather than his partner and family but let’s give him the benefit of the doubt and assume The New Statesman edited his letter that way. This is, after all, a publication that notably misses Helen Lewis’s feminist input editorially. Her writing may have been replaceable (as is the case for any writer) but her influence is notable by its absence. (A piece on activist footballers earlier this summer that focussed on men and didn’t mention Megan Rapinoe – who faced down actual bullying by the misogynist President of the United States – is by dint of that omission incomplete and irrelevant.)

But if Jim’s letter was presented as is it’s an interesting insight into how we campaign for change. We appeal to men’s self interest. I wish it wasn’t so. It appears that might be the only way to go. (As I mentioned above, I’ll compromise along the way and campaign in any way alongside almost anyone if we get to the right end point.) It’s important to know what works as we move forward and try to embed the changes that have been forced upon us by coronavirus. Like everyone else I wish it hadn’t taken something so awful to get us here. But now we are here we have a duty to those victims of the disease to make a better future.

There was an eight point manifesto in Dads Don’t Babysit and a three point mantra for change. It remains necessary.

The eight demands of the manifesto are:

So how do we get there? The mantra remains the same: Act. Communicate. Agitate.

We have a moment

We have a moment right now. Two years ago I hoped that Dads Don’t Babysit would hit bookshelves and herald a sea change in attitude and opinion. (Note ‘hoped’ rather than ‘expected’).

For many reasons that didn’t happen.

And I can’t emphasis enough that I wish what has happened this year had not happened. That arriving at this hinge moment had not taken a deadly virus combined with a bumbling government.

But we must cash in the positives from 2020.

Buy my book. It’s never been more relevant. It contains all the arguments and tools you’ll need to convince your employer or your employees that change is necessary and achievable. Not just tinkering with work patterns but huge societal alterations that could bring equality that so many people want and need.

Dads don’t babysit, they parent. And when the time comes to change things for the benefit of everyone dads don’t sit on their hands either.